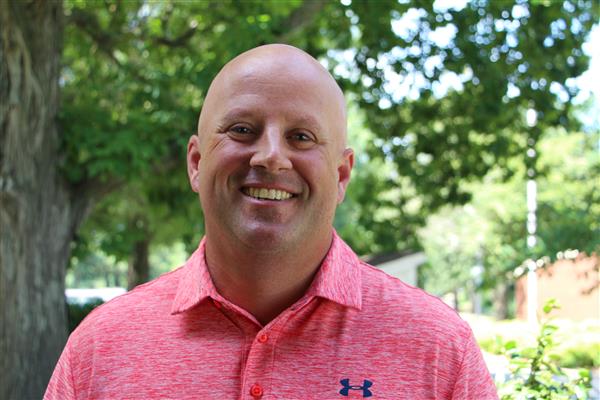 Mr. Brookshire graduated from Lenoir-Rhyne College in Hickory, North Carolina, with a major in history and a minor in political science. While at Lenoir-Rhyne, he lettered in football. Mr. Brookshire spent the next twelve years as a college football coach with stops at James Madison University, The University of Memphis, UT Martin, The University of Wyoming, and Cornell University in Ithaca, New York. While at Cornell, he met his wife where she was completing her Ph.D. in Economics.

In 2004, Mr. Brookshire went to work for the Winston-Salem Forsyth County Schools (WSFCS). He worked at RJ Reynolds, North Forsyth, Hanes Magnet, and Atkins Academic and Technology High School. He served in numerous positions, including AP US History Teacher, Department Chair, Football Coach, Assistant Athletic Director, and Assistant Principal. While working for WSFCS, Mr. Brookshire earned an M.S. in Curriculum and Instruction from the University of Phoenix and an Ed. S. from UNCG. He is also a member of the National Eagle Scout Association.