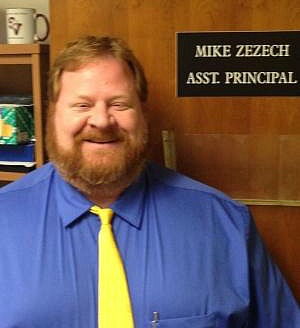 Mr. Zezech has a B.S. in Education from Bowling Green State University in Bowling Green, Ohio and a Master's of School Administration from UNC Charlotte.