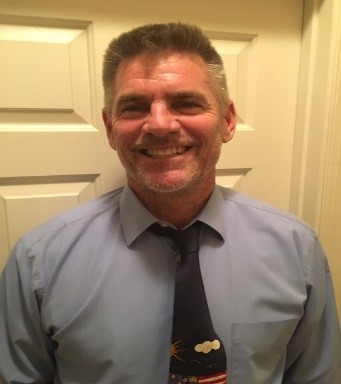 Mr. Greg Topper is the 6th grade Assistant Principal at East Union Middle School. Before coming to UCPS, Mr. Topper was an Assistant Principal at Lamar High School in the Houston Independent School District. In his role, he coached and mentored teachers as well as working with all stakeholders in implementing “The Learning through Inquiry Educational Model.” He was a part of an International Baccalaureate school with the goal of preparing students to be global learners with a 21st century skill set.

Mr. Topper also served as an Assistant Principal at Eastern Guilford Middle School in Gibsonville, North Carolina, and has been both a teacher and a coach at the high school level.  He earned a Bachelor’s degree in Psychology from the University of Central Florida, a Master’s degree in Curriculum and Instruction from National Louis University, and his leadership endorsement from the University of North Carolina at Greensboro.

Mr. Topper lives in Monroe with his wife Jennifer, who also works for UCPS, his son Alec, and his mother Christa. He also has a son, Jerry, who earned his Bachelor’s degree at Greensboro College and lives in Orlando, where he works for Nike.  Mr. Topper’s two daughters are both currently in college; Stephanie attends the International Fashion Academy in Paris, France, and Samantha attends Georgia Tech in Atlanta, Georgia.