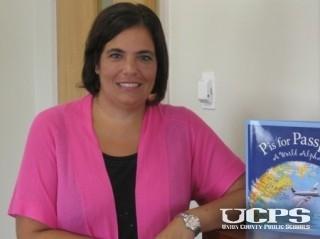 Mrs. Kelly S. Thomas is the principal of Fairview Elementary School. She is a native to Union County. Her parents are both retired elementary school principals from UCPS. Mrs. Thomas received her Bachelor of Arts in Business Management from North Carolina State University and worked in the banking industry for five years. In 1994 she began working on her master’s degree in School Counseling. She completed the 60 hours of graduate worked required in December ‘09. She worked at Piedmont Middle School as the lead counselor for 5 years. Then her career as a school counselor continued at Piedmont High School during the 2001-2002 school year. She then worked at Unionville Elementary School during the 2002-2003 year.

Mrs. Thomas is passionate about being a life-long learner and has continued her professional career development by attending various workshops, the NC Teacher Academy, and conferences. She completed the Principals’ Executive Program at the Center for School Leadership Development at UNC-Chapel Hill on December 2008.

Mrs. Thomas is married to David Thomas and they have two children, Alex (12) and Taylor (9). She enjoys spending time with her family and friends. Her favorite vacation destination is anywhere sunny, sandy, and with a warm ocean breeze.

Mrs. Thomas believes that Fairview Elementary School is a great place to learn and work. She feels that the students, staff, and community make the school one of the best schools in North Carolina. This community truly cares about each other and places the students’ best interest above all else.