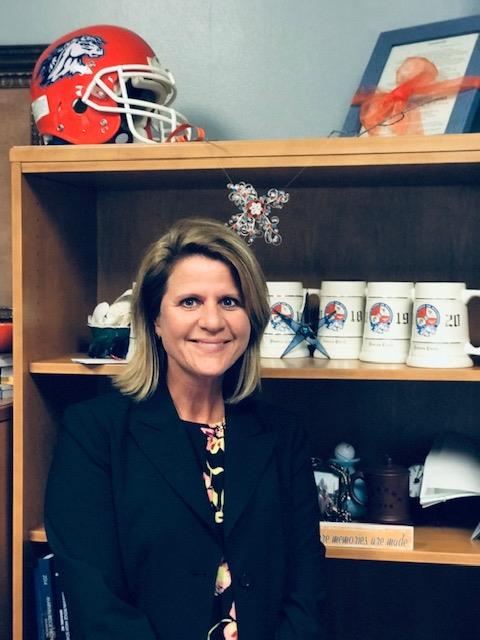 Mrs. Donna Cook is the principal of Marvin Ridge High School. She received her Bachelor of Arts in Elementary Education from UNC-Charlotte where she participated in the North Carolina Teaching Fellows program as an undergraduate. Mrs. Cook returned to UNC-Charlotte for her graduate work, and completed her Master's degree in Reading, Language, and Literacy. Her additional areas of certification include administration, supervision, and AIG.

Mrs. Cook began her career in Union County Public Schools as a teacher, and has held the following positions during her tenure with the school system:

Throughout her career, she has enjoyed a wide range of professional development opportunities, and is passionate about being a life-long learner.

Mrs. Cook is married to Bill Cook, who served as the founding principal of Marvin Ridge High School and is currently a superintendent of schools in South Carolina.  She has two stepsons, Cameron & Grant.  Cameron is a graduate student and teaching assistant at the University of Tennessee.  Grant is an alumnus of Marvin Ridge and the University of South Carolina.  He currently works as a banker in Winston-Salem, NC.  Mrs. Cook enjoys time with her family and friends, travel, cooking, running, biking, hiking, boating, reading, and photography.