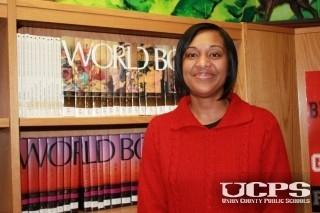 Dr. Kim Chinnis graduated from the University of South Carolina-Columbia where she received a BA degree in English and received her doctorate from the University of North Carolina-Charlotte. She first began teaching in Walterboro, SC, where she grew up. She has taught middle school in South Carolina and at Parkwood Middle in Union County Public Schools.  Dr. Chinnis began her career in administration at Parkwood Middle where she served as Assistant Principal.  She also served as an Assistant Principal at Porter Ridge Middle for several years before moving back to Parkwood Middle as the principal in January 2008.  In 2013, Dr. Chinnis transitioned to Prospect Elementary and is very happy to be able to continue working in the Parkwood Cluster. Her mission is to not only help our students grow socially, emotionally, and academically, but also grow and develop as leaders.  Prospect is a place where everyone can be a leader!