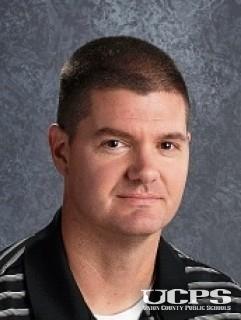 Mr. Kevin Beals was raised in southern New Hampshire until he moved to North Carolina in 2006.  Mr. Beals earned his Bachelor's degree in Economics from the University of New Hampshire, and his Master’s Degree in Teaching Mathematics from Rivier College.  He has been an educator since 1992.  He worked for 11 years in education in NH, including five years with Special Education students, and for six years as a middle school teacher. In 2006, Mr. Beals and his family moved to Union County where he resumed his teaching career at Sun Valley Middle School.  After earning his license for School Administration, he transitioned to the role of Assistant Principal at SVMS in 2011. Then, in 2015, Union County Public Schools granted Mr. Beals a transfer to Sardis Elementary as an Assistant Principal.  After serving at Sardis for nearly three years, Mr. Beals was named Interim Principal to close out the 2017-2018 school year.  Shortly thereafter, he was given the incredible opportunity to lead Sardis as Principal.

Mr. Beals has been married to his wife, Randi, for 15 years and together they have 3 children that attend school in UCPS.  Mr. Beals enjoys coaching baseball and basketball and can often be found on the field or court when not at school. Mr. Beals is honored to work with the faculty, students, parents, and all stakeholders of this great school community.