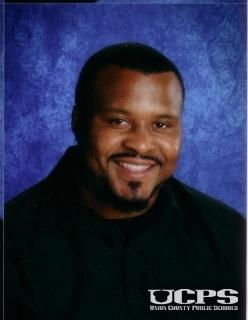 Mr. Adrien D. Porter is excited to be starting his 1st year as Principal of Union County Early College. Mr. Porter is entering his 19th year in education all of which have been with Union County Public Schools. Prior to coming to UCEC, Mr. Porter served as a Business teacher and Assistant Principal at Forest Hills High School. Mr. Porter also was the Site Administrator for the pilot program in Union County Technical Academy. As a classroom teacher Mr. Porter was awarded teacher of the year at Forest Hills High School along with being named CTE Unsung Hero. As an administrator Mr. Porter has been a part of numerous initiatives that has made a positive impact on teaching and learning.

Mr. Porter academic background includes a Masters of Arts in Educational Administration and Supervision from the University of Phoenix and a Bachelor of Science degree in Business Education from South Carolina State University. Mr. Porter was very active while in college with being a member of Student Council, SCSU Cheerleader, and member of Phi Beta Sigma Fraternity Incorporated.

Mr. Porter is originally from Buffalo NY and yes he is a Buffalo Bills fans and loves Buffalo wings with blue cheese dressing. During his free time, Mr. Porter enjoys spending time with his incredible wife Akimme Porter and their 4 beautiful daughters Kadrian, Adynne, Kalynne, and Adalynne.