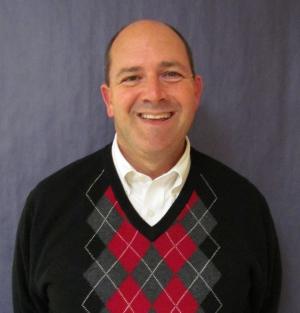 Assistant Principal Mr. Andy Brooks grew up in Chapin, SC and came to the Charlotte area to attend Winthrop College in 1988.  He competed on the Winthrop College Cross Country team for four years and graduated with a degree in Psychology in 1992.  He worked for a year as an admissions counselor for Coker College in SC and decided to pursue a career in secondary education.  He earned a Master’s Degree from Winthrop in 1995 and began teaching in the Charlotte-Mecklenburg School district in 1996.  In 2002, Brooks returned to Winthrop and began working on certification in educational leadership.  He became an assistant principal in 2006 and worked at North Mecklenburg and Butler High Schools for three years.  Most recently he served as an assistant principal at Mint Hill Middle School.

Mr. Brooks is married and has two children. His wife is the principal at Ardrey Kell High School. His oldest son is a sophomore at Clemson and his youngest son is a junior at Ardrey Kell.  In his spare time, he enjoys spending time with his family. He loves outdoor activities and enjoys running, tennis, golfing, snow skiing, hiking, fishing, and traveling.

All members of the immediate Brooks family are involved in the education profession in some way and have grown up with the belief that education is the key to living a rich and fulfilling life.  Mr. Brooks says he chose the education profession because of his commitment to this belief. Mr. Brooks is grateful for the opportunity to be a part of the Cuthbertson community and deeply enjoys the interaction with students, families and faculty through his work.