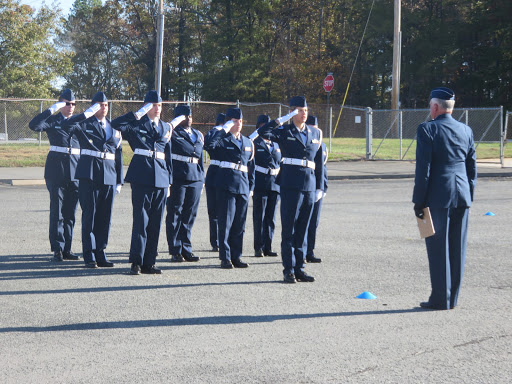 Later that morning cadets participated in, and observed a special Veterans Day program planned by the Union County Veterans Services Office at the Charlotte Monroe Executive Airport.  Cadets Bailey Belk, Jasemine Donaldson, Tyler O’Donnell bore the flags of military services in the opening ceremony, and all cadets listened to local dignitaries and veteran guest speakers.  At the end, a top cadet from each of the six Union County JROTC units received the Union County Board of Commissioners’ Patriot Award. Our unit’s recipient this year was Avery Batts! 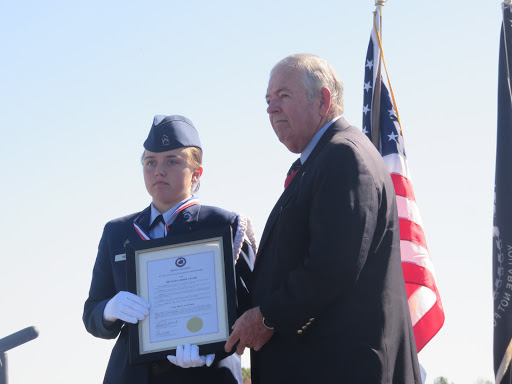 The grand finale for the day was the Warbirds over Monroe Air Show, which lasted all afternoon.  Cadets received free admission. The day was bright and sunny, and they enjoyed the aerial show of historic fighters, bombers, and transports, and the acrobatic stunts of modern planes.  Cadets received a cash allowance for lunch/snacks, which they purchased from food vendors (examples: funnel cakes, burgers, fries, BBQ, pizza, and ice cream). The air show concluded with a giant “wall of fire” under passing warbirds, which simulated bombs but was actually pyrotechnic devices safely rigged across the runway from spectators.  You could feel the heat from hundreds of yards away!

The field trip lasted nine hours and was an amazing day of drill competition, honoring our veterans, and fun! 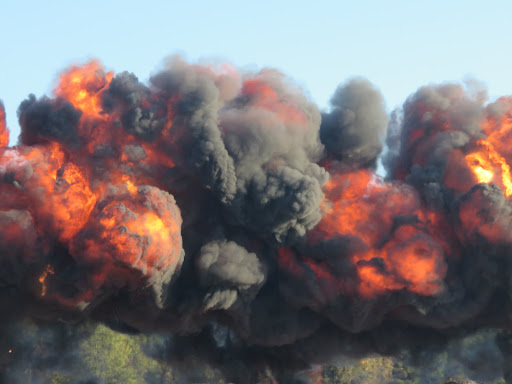