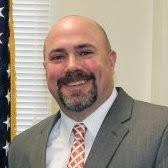 Mr. Eversole is from a small town in Ohio, Columbus Grove. He received his Bachelor of Science in Education degree from Miami University and his Graduate degree in School Administration from Gardner Webb University. Mr. Eversole resides with his wife and two children in Indian Trail, N.C.